Apps like Bump or My Name is E are great when people have them, but the reality of many is that they get business cards exchanged every week and sometimes every day. To make turning those cards into contacts in your phone, you can find lots of business card reader apps on your iPhone or Android but all of them are not created equally. Here's a quick showdown of a few. 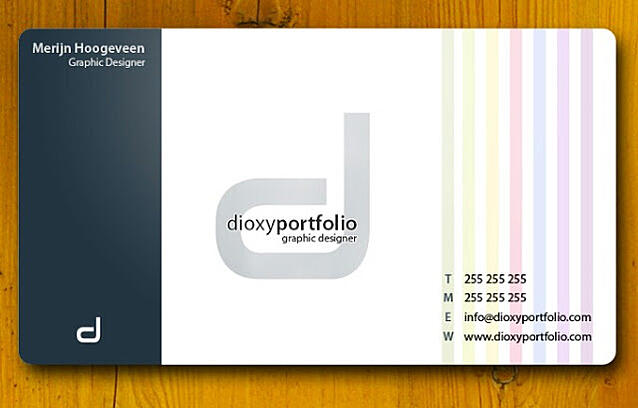 Test 2: Handwriting Style Card
(because not all cards are specifically designed to be super easy for scanners)

** Evernote cannot determine any individual field or even text. It comes up with multiple possibilities for lots of pieces of text on image but can't tell you where it's pulling a company name from or even if the text it pulled was dioxyportfolio, dioxypoMolio, or blank.

BizcardArmy is a mobile/web app to let users just take a snapshots of their piles of business cards and have them turned into contacts in their phone, email system, or wherever they want these like LinkedIn or Salesforce.

BizcardArmy created contacts are hand-completed by real people so are actually usable! Just check out the findings -- even on an easy card, the next best competitor peaked at getting only 50% of the fields correct. 50%!  And then with just a slightly more difficult card, while many of the others dropped to close to 0% correct, BizcardArmy was 100% accurate!

OCR engines (the term for what BizcardArmy competitors use) employ misleading sales tactics for these quality measures and will tout figures close to, "We're over 90% accurate!" But when that's measured on a character-by-character level, how useful is a 10-digit phone number that got 9 of the 10 digits correct?

With CloudFactory, BizcardArmy has a scalable group of human workers they access on-demand that are transcribing the cards and just pay-as-they-go. CloudFactory gives them an API to access these workers seemlessly within their own app and build quality assurance features to ensure their users are getting the quality they need.

P.S. Someone once asked me how I thought BizcardArmy competed with an app like Evernote Business Card Manager which we both agree has great ability to search for text on images. My reply is that there is a reason in Evernote's app, that you still have to manually enter the phone number and details from the card yourself into your iPhone. They don't even attempt to be confident enough in automating this feature for you. Just check it out here... How they can seem so good at searching images but bad at direct OCR is a story for another post.

P.P.S. It could be argued that on Test 2, BizcardArmy had a lower case "s" for Suite in the street address field. One: case was not considered for any of the competitors on any of the fields so this doesn't impact the findings. And Two: In a fictitious world, if you mailed a letter to this fictitious address, it would still work.


*** In full disclosure, I pulled these test card images off public online images, so no worries about disclosing any private information.