A view through the eyes of a recruiter

Last year, a very good friend of mine took a trip to the Chitwan National Park. A few days later when he returned, I asked him about the trip. He said, “It was alright, but I was hoping to see at least one tiger. I did the safari two times, but no tiger. You know they are there, but you also have this lingering feeling that you won’t spot them that easily. So in that sense it was very disappointing”. What has my buddy’s trip got anything to do with what I am writing about? There is a correlation I will get to later on, but before that let me share a little bit about my previous life! 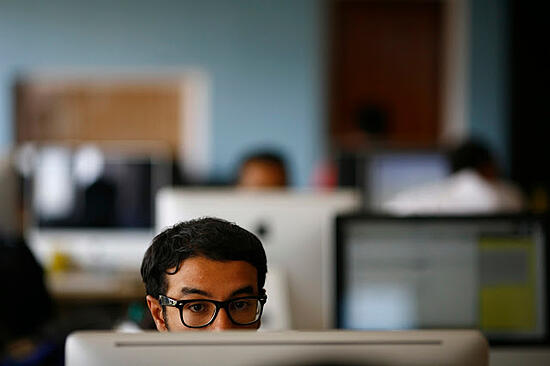 In my previous life, before joining CloudFactory, I used to be a professional recruiter. The nature of my job was such that I would connect with a lot of jobseekers, and a question I always asked each of the candidates I interviewed was, “Why are you looking to switch from your current job?” At times the reason would be money, but most of the time, it would turn out that people were simply unhappy at their current workplace. Upon asking a few more questions, they would often reveal that the lack of trust between them and their supervisors or employers was the main source of unhappiness.

It is consistent with the results of hundreds of research projects carried out. Money motivates us to a certain extent, but the effect of money as an incentive does not last too long. It is like a caffeine high – it hits you like a ton of bricks when you get it, but wears out about as quickly. What keeps people sticking to a job goes well beyond money, and trust certainly makes it to the top of that list.

Most of the unhappy employees I talked to certainly did not feel trusted. The top management would not share any strategic plans with most of its employees. As a result, the employee is not clear about what she/he is working towards. This lack of the bigger context hurts the sense of purpose one has in their work. It also breeds mistrust that slowly disengages the employee, making them question whether their career will advance in that organization. My sad observation has been that a great many organizations fall victim to this practice, including some well-known ones. 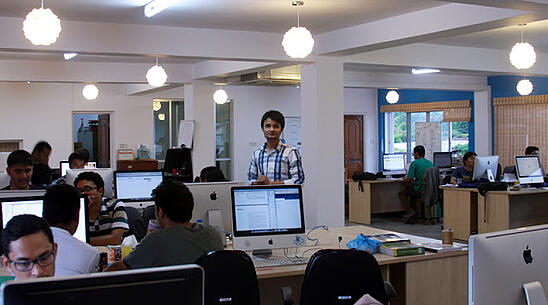 The very first time I came to CloudFactory, I was surprised to see there were no cubicles. I could just see a big, open room with three corner offices. The open workspace certainly did look better and to me as an outsider at the time, it also exuded a feeling of unity and equality. I liked what I saw that day at CF, and left for home with a positive impression. I was asked to come in for a second interview about a week later. That is when I found out that everybody at CloudFactory shared an open office space including the executive management of the company. I had automatically assumed that the offices at the corner of the rooms were private offices for executives, and was pleasantly surprised when I found out that they were actually meeting rooms for everyone to use.

My first day of work at CF happened to be on a Monday, which meant that the first thing I experienced was the All Hands Meeting. Of course I did not understand the details of all that was being shared, but it was clear that different departments were sharing updates with each other so that everyone gets an idea of where things are at for the company as a whole. After the meeting, I asked again if this was something that was done every week. I had heard of management meetings, department meetings, team meetings, and so on, but it was my first time seeing a companywide meeting where so real details of the company were shared. As time passed, the content of our All Hands Meeting got richer, and the information that was shared at times involved strategic directions and sensitive issues, something most companies don’t share to its entire team members. 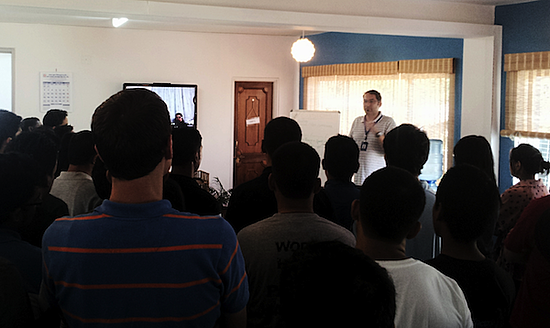 The other thing that was unique about CF was that there was no attendance system. The practice in most companies is that if you arrive later than the start time or leave early, your half day’s pay could be deducted from the paycheck. But at CF, we were not keeping track of who arrived at what time and when they left for the day. [Note: Soon after I joined the company, a door access system was put into place, but that was for the purpose of security to ensure only people who had genuine business were coming in.] The approach CF has taken is that it trusts all of its team members to carry themselves professionally and responsibly. This again was a unique approach compared to the practices of a great many organizations that I knew about.

As a recruiter, I have had the invaluable opportunity to work with and learn about a lot of organizations. It is my observation that CF is one of the few organizations that puts immense trust on its team members so as to engage everyone in the quest to make a great impact on the world. From a recruiter’s perspective, a company like CF is comparable to a tiger in Chitwan National Park – you know they are there, but when you go looking for them, it won’t be easy to find one.