Being Third Culture in the Workplace 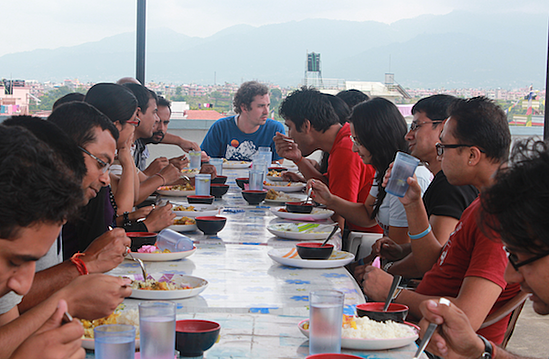 There is no denying it: The world has gone global.
A colossal shift is taking place. The news is bursting with reports of migrations the world over. Famines are resulting in mass IDP’s (Internally Displaced People) forcing them relocate. Students are moving to the big cities, technology is growing smaller, cheaper and faster. Did you know that more than 75% of South Africans lack access to even suitable drinking water but carry mobile phones?
Technology has made the world more accessible. We are more connected than ever before; but you already know that.
We are curious to not just know what and where but also why and how the world going global will affect us.

Why does it matter?

Because of this global shift, it is improbable that you will work exclusively with fellow citizens of your homeland – even if you work in your own country. Indeed, many of you have already made the move and no longer work (at least full time) in your birth country. So many of us have become global citizens and interaction with “foreign” co-workers is inevitable. We are no longer a complete part of our birth culture but neither are we ever fully integrated with the new culture. We, in effect, become something more: third culture.
Here at the CloudFactory office there is a constant blend of multicultural relationships being built. On any given day of the week you can find visitors and guests from all around the world. This doesn’t even include the plethora of employees from here in Nepal, a country which has been blessed with a rich and diverse cultural heritage. Intentional or not, we are learning to be third culture in the workplace
CAART
A useful acronym for embracing being third culture when working in a multicultural environment is CAART.
Life is beautiful because of the rich diversity of languages, music, customs, food, clothing, etc. The days of exploration and discoveries of diverse cultures are no longer limited to Magellan, Cook, Polo, Livingstone or Columbus.
You have an opportunity (and I daresay an obligation) to explore the globe and expand your understanding of the world at large. Embrace being third culture. Next time you are in Kathmandu or Nairobi, feel free to stop by, say hi and see the third culture work environment in action!
Start small with the people you work with and just see how much your world opens up! And when you do, know you are making the world a better and more peaceful place to live. It’s about learning to see your own self through the eyes of another person.
What other tips would you share to relate with people of different cultures, especially in the workplace?
Posted by Zebulun Mattos