The global demand for food will double in the next 50 years. That's a big problem that farmers can no longer solve independently. So, the farming industry is increasingly turning to AI to do what it does best—innovate.

In 2020, McKinsey Center for Advanced Connectivity and Agriculture Practice took to the megaphone to warn that farming must change. "One of the oldest industries must embrace a digital, connectivity-fueled transformation," they said, pointing to issues of increasing demand and other disquieting forces.

A little more than a year later, John Deere announced its first autonomous tractor at the 2022 Consumer Electronics Show in Las Vegas.

Just as autonomous vehicles are transforming transportation for humans and goods, autonomous machinery is responsible for the technological evolution of farming. AI-powered solutions will enable farmers to improve efficiencies and quantity, quality and ensure faster go-to-market for crops.

Using this new technology, farmers can plant seeds, spread nutrients, and harvest crops, all without drivers sitting behind the wheel or humans directly controlling the tractors. To keep tractors operating within the right land contours and boundaries, this new breed of autonomous equipment uses a network of cameras to provide 360-degree obstacle detection powered by computer vision (CV) technology.

If you happen to own a John Deere tractor manufactured in the last two years, fear not; no need to put it to pasture. Simply retrofit your existing tractor with the new technology and set it to autonomous mode.

With their announcement, John Deere planted a firm stake in the rapidly expanding market for the use of computer vision technology in agriculture.

Farming is ripe for autonomous technology powered by computer vision learning models, which promise to help farmers overcome such challenges and deliver on the critical mission of feeding the world. Computer vision for farming uses machine learning to power robotic and other autonomous systems, for instance, CV-based irrigation and weeding systems, plant mapping robots, autonomous grain carts, and drone-based bio-control systems—all of which take the load off of farmers, improve productivity, lower costs, and increase efficiency and yields.

In machine learning, data labeling—or data annotation—is the process of structuring data to show the outcome you want your machine learning model to predict. In agriculture, annotated data teaches machines to recognize crops, weeds, insects, people, other machinery, and just about anything else you might find on a farm.

Much like autonomous cars, autonomous tractors use a network of cameras and computer vision to provide a 360-degree view of everything around them—crops, other machinery, people, and potential hazards. Fully autonomous tractors can operate around the clock, easing staffing challenges and keeping people out of harm's way. Tractors can also replace the need for individual pieces of farm machinery, including plows, mowers, planters, harvesters, and balers, which we'll cover in more detail later.

Perhaps the most interesting emerging application of computer vision for tractors is mapping and tagging every crop on the farm to help farmers understand changes to crops over time, from planting to harvesting, and to identify trends that can increase crop yields.

John Deere isn't the only player out there; Caterpillar and Frontier are also playing a role in advancing the adoption of autonomous tractors.

Usually attached to a trailer, CV-enabled plows and tillers automate the process of breaking down soil and preparing it for seed. Using computer vision, autonomous plows can identify everything they're plowing and avoid hazards, such as debris, other machinery, and people. CV-enabled plows can also capture details about soil conditions and alert farmers to changes they might need to make to increase yields.

Several companies, including Eastern Peak and Flash Forrest, also use CV-enabled drones to plant up to 20,000 seed pods each day, primarily to replenish forests destroyed by fires. These drones not only know where to plant seeds; they can also map where seeds are planted and avoid objects along the planting route.

Considering that up to 94 billion insects are alive on farms at any given time, and more than 50,000 diseases wreak havoc on plants, it's no surprise that current weed control strategies cause $4.1 billion in damage to crops in the United States each year.

Emerging technologies like autonomous sprayers use computer vision to identify harmful insects and specific plant-killing diseases and to apply appropriate treatments. Autonomous drone sprayers scan crops from the air to identify areas that need attention. Simply fill the drone's tank, and away it goes, avoiding obstacles and applying precision pesticide applications, as heavy or as light as needed. CV-enabled drone sprayers can also produce field maps and tag locations as they work.

Carbon Robotics and AGCO have also developed automated precision weed control systems for specialty crops, which lower costs by treating only the areas and plants or weeds that need it.

From gathering ripe crops to identifying and separating edible crop parts, autonomous harvesting is helping farmers reduce the cost and increase the efficiency of harvesting.

CV-enabled harvesting can happen via autonomous tractors or through autonomous mobile robots that use robotic arms and picking devices to identify and pick fruits and vegetables ready for harvest.

Traditional farming usually means massive amounts of land, heavy machinery, water, and other resources. But large-scale indoor farming, or vertical farming, is turning that model on its head thanks to computer vision technologies.

Vertical farming is the practice of growing crops indoors in a vertically stacked layer to maximize space and yields. With computer vision, networks of cameras and other sensors can monitor the entire crop lifecycle and identity changes that will further increase yields.

Bowery Farming is an example of a company using autonomous technology for vertical farming. Bowery collects billions of data points through an extensive network of sensors and cameras to identify plants needing more light and alert farmers when crops are ready to be harvested.

Quality data scales autonomy on and off the farm

To make computer vision a reality, you need extensive sets of labeled data to train your machine learning models. Developing datasets that teach autonomous machines, vehicles, and robots to succeed on and off the farm is a time-consuming, laborious task, requiring expert-level annotation capabilities. One way companies are perfecting their computer vision algorithms is by using a managed workforce for data annotation, an area where CloudFactory shines. 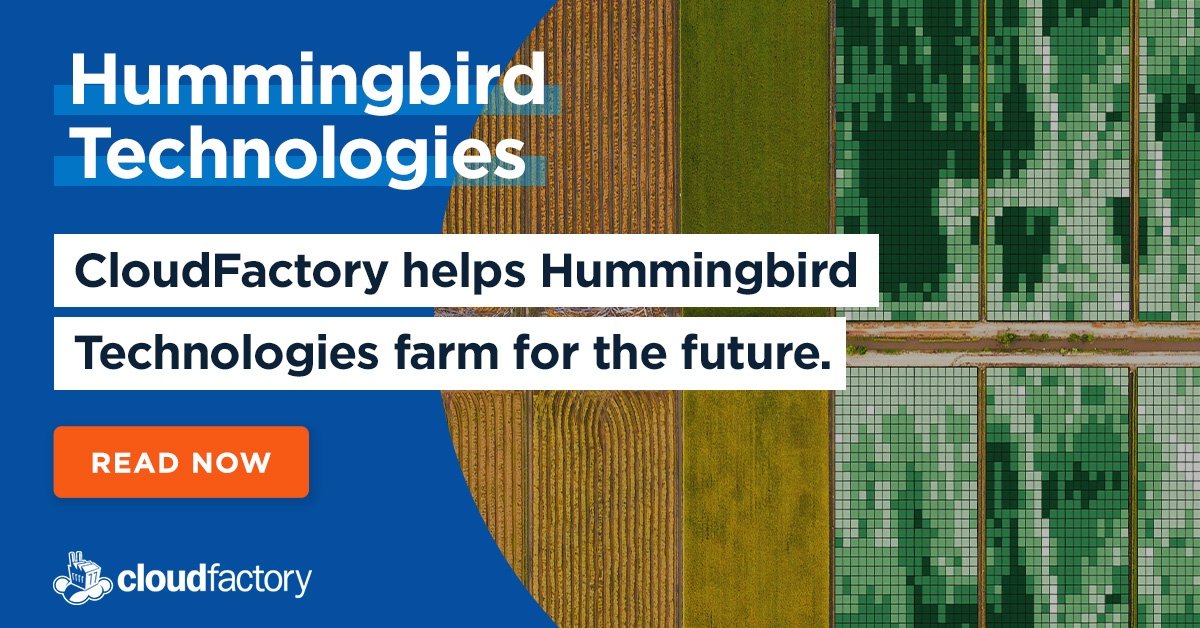