Today, there is a lot more to running a political campaign than shaking hands and kissing babies. In the past decade, big data has played a huge role in political races. In both U.S. presidential campaigns, Barack Obama famously leveraged data and analytics to learn more about and attract individual voters.

Earlier this month, many eyes were on the French election when it was announced that Emmanuel Macron had handily beaten Marine Le Pen. The entire campaign was heavily covered by world press because of the far-reaching impacts the results would have. Le Pen’s agenda to follow in the footsteps of Brexit and leave the EU put many on edge, potentially threatening the European project. Macron, who is the youngest French president since Napoleon, also faces a lot of pressure to unite the country amidst recent terror attacks and deepening economic disparity and anxiety.

In the French presidential election, Macron’s campaign had the foresight to see how combining data, analytics, and human intelligence could give him a competitive advantage. They partnered with Liegey Muller Pons, a Paris firm that bills itself as Europe’s “first campaign startup”, LMP also happens to be a CloudFactory customer. LMP offers software that allows political campaigns to visualize voting behavior at the smallest possible scale. They help their clients by coordinating big data, open data, and technology to equip campaign teams with highly-enriched maps to effectively target voters on the ground. Such maps allow politicians to better understand local dynamics and to direct their campaigns toward areas where they have the greatest chance to win votes.

At CloudFactory, we work on a number of data-related work, from image processing for autonomous cars to geoprocessing for political mapping, as in the LMP example. One way that CloudFactory has used data in politics is through geospatial AI.

Part of what LMP does is make geospatial data meaningful to their customers by building algorithms that accurately visualize households within a geographic location, including their political proclivities. CloudFactory helps by identifying discrepancies in images of maps, making the necessary corrections and sending it back so they can create smarter models. The key is, we do this work at scale and allow them to offload it to a trusted partner so they can focus on creating value for their customers.

With today’s geospatial technologies we can take huge amounts of complex information, such as family size, socio-economic indicators, political affiliations, and other public data, and visualize it in an interactive map. 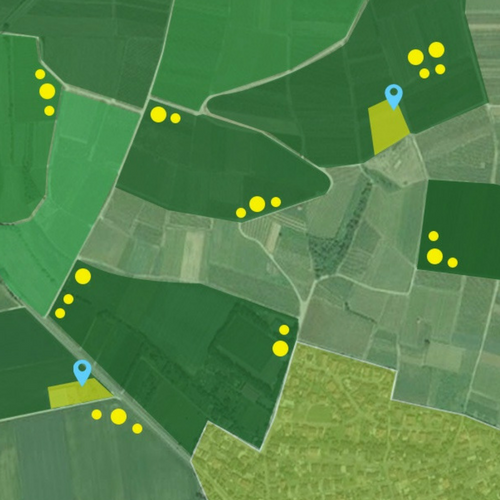 Similar to how data was used in the French election, geospatial AI collects information and maps it within the designated area. Data is then used to visualize electoral results, voter demographics, voting trends and other information that help candidates understand their constituencies on a deeper level. Geospatial mapping can allow candidates to identify target areas and potential opportunities to connect with voters. It can help staff in the field coordinate with their colleagues in the office to identify the best spots for rallies and other election events.

Political candidates are leveraging big data and technology to gain a competitive edge against their rivals. They can track political opinion polls, identify voter patterns, and study how political sentiments in a neighborhood have evolved over time. The recent French election was just one example of how capturing the right data and using it strategically is making a significant impact on political campaigns.