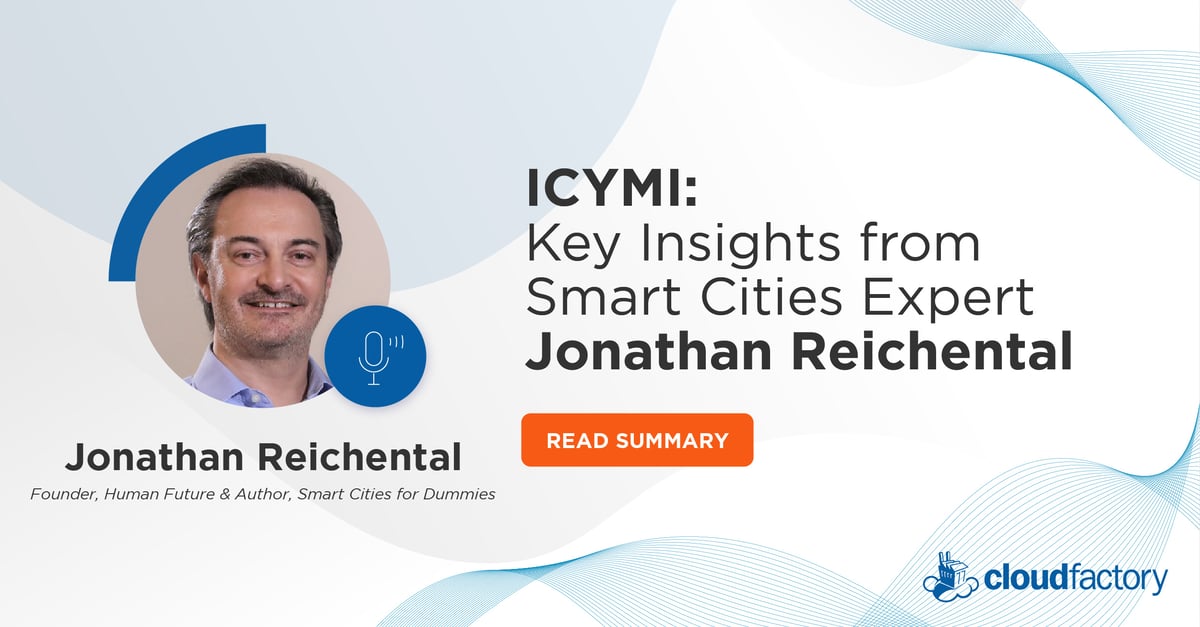 In our latest event, we talked with smart cities expert Jonathan Reichental about the future of urban development. Here are some key insights from our chat.

The need for more sustainable urban planning and maintenance solutions is greater than ever. Poor air quality, traffic-clogged streets, and lengthy commute times are an everyday reality for hundreds of millions of people around the world. It’s high time for that to change.

Smart cities are all about giving cities back to their communities, and doing away with traffic, pollution, and avoidable accidents. From autonomous vehicles to drones to efficient waste and energy management, smart cities are much closer than many people think.

In this article, we’d like to share some of the top insights from our recent talk with smart cities expert and author, Dr. Jonathan Reichental.

Leveraging an Abundance of Data to Drive Smart City Initiatives

“I recognized very early on that data was an incredibly valuable resource for cities. But though there is now an abundance of data, it requires a cultural change before it can be used to drive the smart city agenda to the benefit of communities.” —Jonathan Reichental

Cities generate vast amounts of data, much of which is held in government repositories. But making this data useful for driving smart city initiatives remains a challenge. Building effective predictive models requires exhaustive data collection, cleaning, and preparation. Only once this process has been streamlined, can that data be useful in real-time decision-making.

Overcoming these challenges requires an open approach to data collection and management that respects individual liberties, such as the right to privacy. That being said, around 80% of data generated by cities is anonymous and unregulated. Moreover, end users themselves can participate by using smartphone apps to report things like potholes and vandalism in real time. These images and reports, along with their accompanying metadata can then feed artificial intelligence models with a steady supply of training material.

Raising Awareness of the Needs of Future Generations

“A lot of smart city innovations won’t be immediately visible. We’ll all see things like autonomous vehicles and drones, but many of the huge infrastructure investments, such as the move from carbon- to non-carbon-based energy, won’t be so visible.” —Jonathan Reichental

Cities aren’t going to change overnight. This is not so much down to technological constraints, but the fact that smart city innovation requires a fundamental cultural shift. Younger people, including children, continue to show growing interest in smart city initiatives, for example, since their generation will be the ones to benefit most. In fact, when Dr. Reichental learned that many children were reading his best-selling book, Smart Cities for Dummies, he created a children’s activity book to engage them further.

In light of this, it is necessary for the community as a whole to recognize the needs of future generations. For these needs to be addressed in the coming years and decades, smart city planners and project managers must engage directly with their communities, starting today. They need to adopt a transparent approach that helps communities understand the less visible innovations happening behind the scenes, as well as the reasons for them. They must become champions of innovation.

Remodeling Cities for People Rather Than Cars

“The near-empty streets around the world during the COVID pandemic reminded us how we’ve paved our cities and built them for cars, not for people. It’s time to give cities back to their communities, letting people walk freely and enjoy the city.” —Jonathan Reichental

Today’s cities have been rebuilt and modernized primarily to accommodate soaring amounts of vehicular traffic, rather than the people inhabiting them. In many cities, we have reached the point where we serve our vehicles more than our vehicles serve us. The regreening of dense urban areas, in which heavy traffic and pollution makes way for pedestrians and parks, is now long overdue.

Smart cities are all about remodeling our urban areas to the direct benefit of the communities that live in them. Autonomous vehicles can make public transport more affordable and more accessible, while terrestrial and airborne automated drones can handle everything from food and medicine deliveries to routine operations like garbage collection. All of these ideas could lead to a more pedestrian friendly city with fewer vehicles on the road.

Seeking the Right Balance Between Open Data and Privacy

“As a leading thinker and voice on the topic, I am against the notion of smart cities as surveillance cities. We must confront the privacy challenges and concerns of connected sensors and data collection head on, and this requires a clear process.” —Jonathan Reichental

Insofar as the general public is concerned, one of the biggest barriers to the rise of smart cities are privacy and regulatory concerns. Skeptics are understandably concerned that smart cities will end up becoming surveillance cities. Indeed, that is precisely what is already happening under some of the world’s more authoritarian regimes.

Smart cities can only truly succeed with the support of the general public, which is why they too need to be involved in decision-making. Privacy and regulatory concerns must be tackled head on with a clearly defined process for evaluating the usefulness, regulatory requirements, and potential privacy and security implications of all data collected and used.

What Does the Future of Smart Cities Look Like?

Smart cities undoubtedly present enormous potential for a brighter and cleaner future, but it is still going to be a while before we see things like fully autonomous vehicles become the norm. However, terrestrial drones are already delivering pizza in some cities, some university and corporate campuses are already offering autonomous localized transport, and on-demand autonomous public transport is slowly becoming a reality.

Over the coming years, this trickle of innovation will doubtless lead to a wave of transformation. Public transport will become fully autonomous to the point it will become more convenient to use and cost less than owning a car. Eventually, we will see autonomous on-demand taxi services in many of the world’s major cities, where city centers will be given back to pedestrians and road networks assigned exclusively to autonomous vehicles.

Would you like to learn more about how artificial intelligence will transform urban planning and development, and which challenges smart cities still need to overcome? Be sure to watch our full chat with Jonathan Reichental. To learn about and participate in future events, please follow CloudFactory on LinkedIn. 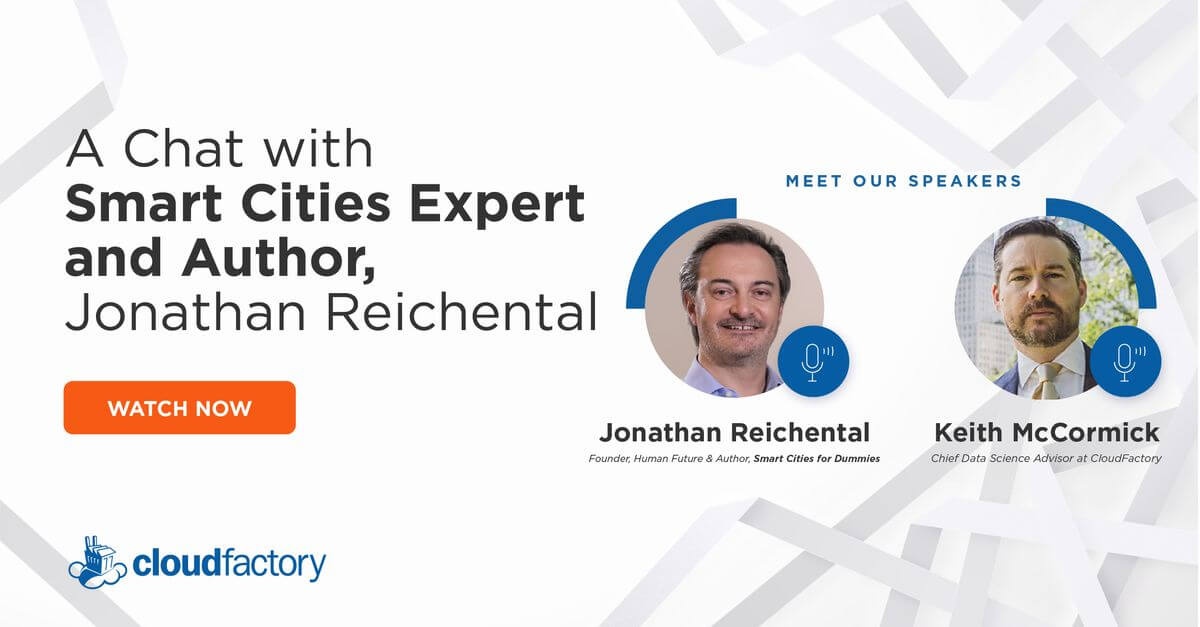