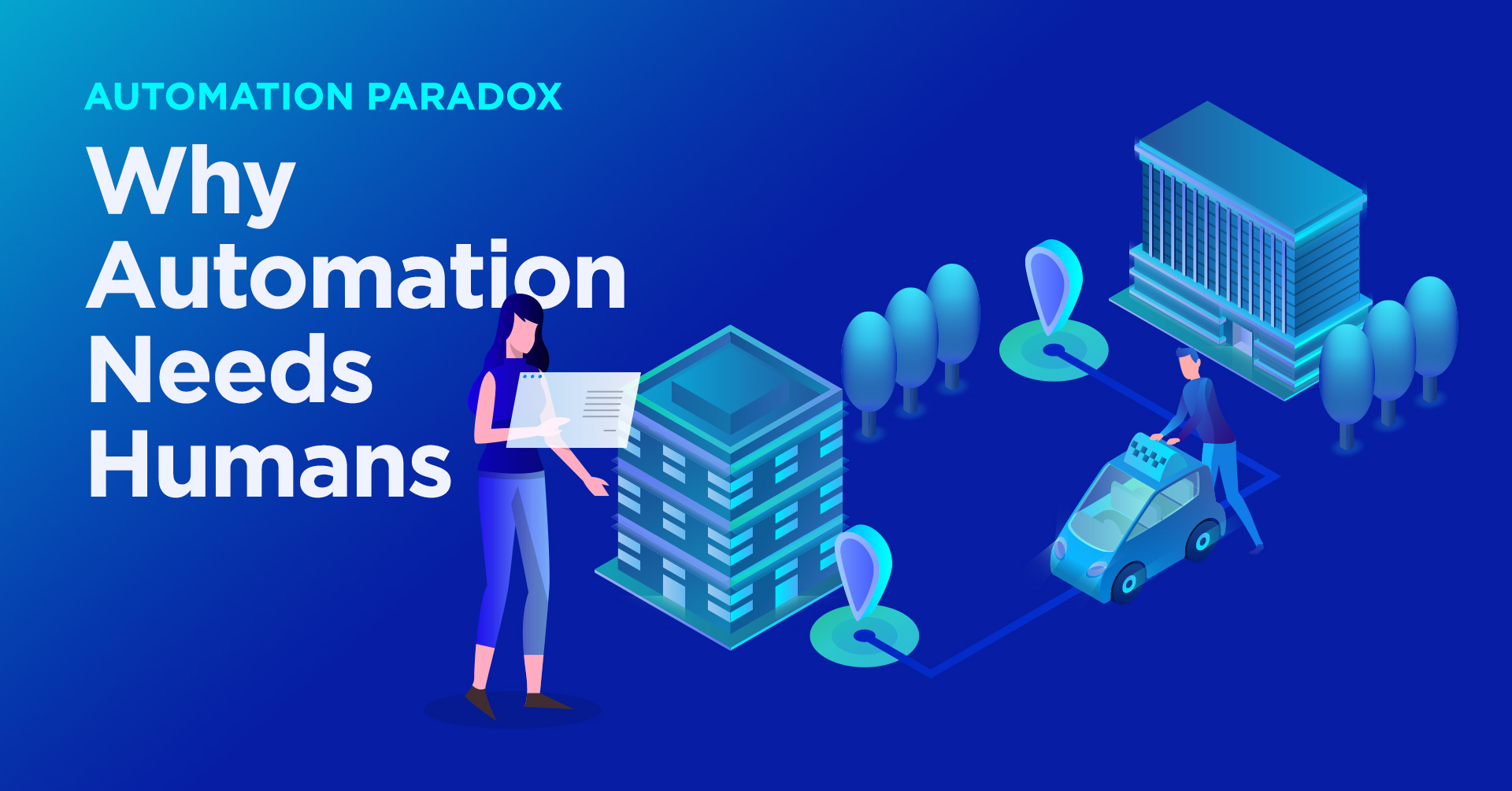 It’s clear that automation has come a long way. Self-driving cars are now being tested on public roads, many routine business process have been automated, and the manufacturing industry relies on robots – and it’s not slowing down. By 2018, it’s estimated that 1.3 million industrial robots will be working in factories around the globe. The simple fact is that automation is disrupting every industry, from healthcare to marketing, and it is changing how we interact and get work done.

Automation is here. It continues to change many aspects of our lives. No matter how much it impacts our working and personal lives, one element will remain—humans. Automated technologies today are impressive. For some tasks, like crunching numbers, analyzing large sets of data and finding patterns, computers outperform humans. Yet, despite it’s advances, automation needs humans.

Automated technologies are designed to manage predictable, routine tasks. It is why automation has a large presence in manufacturing and factories. Assembly lines follow a specific, standardized process that is repetitive, which means machines can be taught via machine learning.

However, in fields where professionals face situations that require “thinking on your feet”, humans greatly outmatch computers. For example, surgeons may encounter unpredicted circumstances and need to make a quick decision in the middle of surgery in order to save a patient’s life. That’s not to say we won’t see robotic surgery become more commonplace, but it raises interesting ethical questions, and that day is probably a long way off.

Autonomous technologies, based on Artificial Intelligence, are built to analyze large sets of data, identify patterns and take action based on what the training sets of data indicate. When they’re faced with a situation that is outside of their programming or designed capabilities, they can miscalculate or not function at all. The ability to improvise and make split-second, complex decisions is uniquely human.

Have you ever heard of a robot inventing anything? In real-life, the answer is no. Humans are the innovators and creators. Computers may be able to identify problems based on previous data sets and algorithms. They can propose possible solutions. Even those solutions are based on what data sets tell them has worked before or what is most likely to work based on calculations. It’s pattern recognition, but patterns don’t always hold true.

They don’t create anything completely new. Humans can because they possess the creativity, imagination, and abstraction that computers lack. Technology may be able to mimic music and art, however, it still lacks the human element that drives this type of creative thinking. As technology advances, it will be interesting to see if music or art created by machines can connect emotionally in the same manner as art created by humans.

3. Imperfection: The Enemy of Quality

Computers work perfectly—until they don’t. They can be hacked. They can get viruses. They can experience glitches and errors that impair their performance. In fact, in some cases, computers are more vulnerable to errors and mistakes than humans.

Most of the focus around self-driving cars has been on how they are safer and more capable than humans. However, how many times have you heard about their disengagement—the rates at which a human driver needs to take over control to avoid an accident from happening?

Many cases of disengagement happen because the software in the car is malfunctioning and not performing in the way that it is supposed to. Self-driving cars may be advancing quickly, but will they actually reach a point in which the human intervention will be absolutely unnecessary? CloudFactory is helping some of the most innovative players in the autonomous vehicle space make their algorithms safer and perhaps bringing a truly driverless car closer to reality.

If we look to the aviation industry, it seems that could be a ways down the road. There are certainly benefits to using automation to assist pilots in navigating and handling aircraft. When used an appropriate amount it can decrease the number of accidents, but it’s also possible to have too much of a good thing.

An over-reliance on automation technologies has caused some fatal accidents, and created what is known as an automation paradox. In an effort to make flights safer with automation, some pilots have relied too heavily on the technology to fly for them. When technology malfunctions, pilots are caught off-guard, and they’re unable to respond and correct the error manually, ultimately causing accidents to happen.

This was the case for Air France Flight 447. When ice crystals disconnected the autopilot and pilots were confused by inaccurate instructions from the automated navigation system, they were unable to fly the aircraft manually.

Some business tasks are destined for automation, but there’s often a gap between what we think should be automated, and what can truly can be. As we all know, technology isn’t foolproof, it can’t account very well for corner cases or semantic understanding. Complete reliance on automation can compromise quality and lead to costly mistakes. In the case of aviation, corner cases carry the weight of people’s lives.

Where to from here?

By far, the most effective way to use automation in business is to pair it with humans. Computers may be able to drive cars and create products faster and cheaper than a human can, but they can’t form relationships. They can’t contextualize work. They can’t handle nuance. And they are not impervious to error.

Automation needs humans to address complex tasks that computers simply aren’t equipped to handle. This is why CloudFactory takes a dual approach. Repetitive, tedious tasks may be suitable for automation. Other tasks are best suited for cloud-based labor. With an on-demand, global workforce, our customers get the convenience of technology with the capabilities and expertise that only humans can offer.