DURHAM, N.C., October 10, 2014 – CloudFactory, a distributed labor platform melding human and machine intelligence, today announced it has raised $3 million in a Series A offering led by VRBO founder David Clouse, with participation from other institutional and angel investors.

CloudFactory’s unique combination of technology and a dedicated cloud workforce lets fellow technology-based companies grow their businesses by creating new revenue streams, improving customer retention, and widening adoption, by adding capabilities that can’t be accomplished with technology alone. CloudFactory’s technology platform breaks work down into a series of smaller tasks along a virtual production line, intelligently distributes the tasks to the optimal workers, and reassembles the completed tasks, all while continuously assuring quality both manually and algorithmically.

CloudFactory has processed more than a half billion tasks using its global, professionally managed workforce, experiencing three years of over 100% year-over-year revenue growth. CloudFactory will use the funds in part to grow its U.S.-based sales and marketing team.

“Companies that augment their technology and algorithms with human intelligence consistently emerge as leaders in their various SaaS verticals,” said CloudFactory Founder and CEO Mark Sears. “CloudFactory turns human-intensive services into one-touch features of your platform or app. We offer a competitive edge for SaaS companies to offer new and better services that can’t be done with technology alone.”

Examples of high-volume, human-intensive services CloudFactory can embed into a SaaS platform or app range from audio/video transcription and image tagging engines to data capture and web data collection services.

The Successor to Crowdsourcing

“Crowdsourcing is a broken labor model,” said Clouse, whose fund led the Series A round. “You can’t build an enterprise-grade business on top of a crowdsourced marketplace, where both the employers and the workers waste most of their time navigating the chaos. Cloud labor is the future of work, but delivering on that requires a new approach and a new type of workforce — with CloudFactory leading the way.”

While crowdsourcing marketplaces like Amazon’s Mechanical Turk can work for handling a moderate number of tasks, fast-growing companies relying on these services quickly start hitting a ceiling. Unlike crowdsourcing solutions, CloudFactory lets companies scale rapidly without losing control of quality or costs. CloudFactory replaces the inefficient marketplace model of crowdsourcing with a curated, closely managed workforce and intelligent algorithms that match the right task to the right worker at the right time.

“Because both crowdsourcing and traditional outsourcing have failed to deliver the required quality levels, many companies have been forced to directly build and manage their own in-house teams,” Sears said. “CloudFactory has stepped in to let companies focus on their core business while ensuring they have the efficiency and scalability needed to meet aggressive growth plans.”

CloudFactory’s unique combination of advanced technology and talented people lets SaaS companies grow by introducing new and improved features they can’t develop with technology alone. The company aims to connect 1 million people to online work, while raising them up as leaders to address poverty in their own communities. CloudFactory is based in the Research Triangle area of North Carolina at the American Underground, one of eight Google for Entrepreneurs tech hubs in the United States. For more information, please see cloudfactory.com. 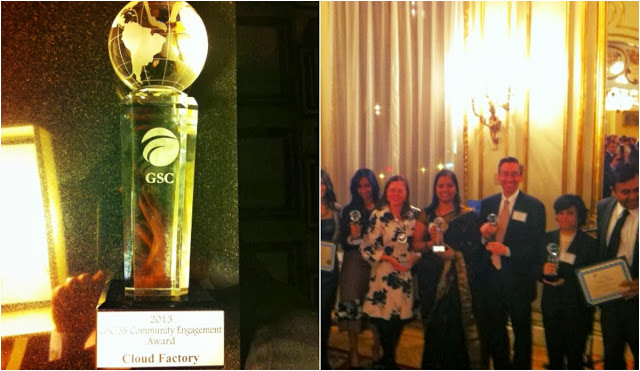