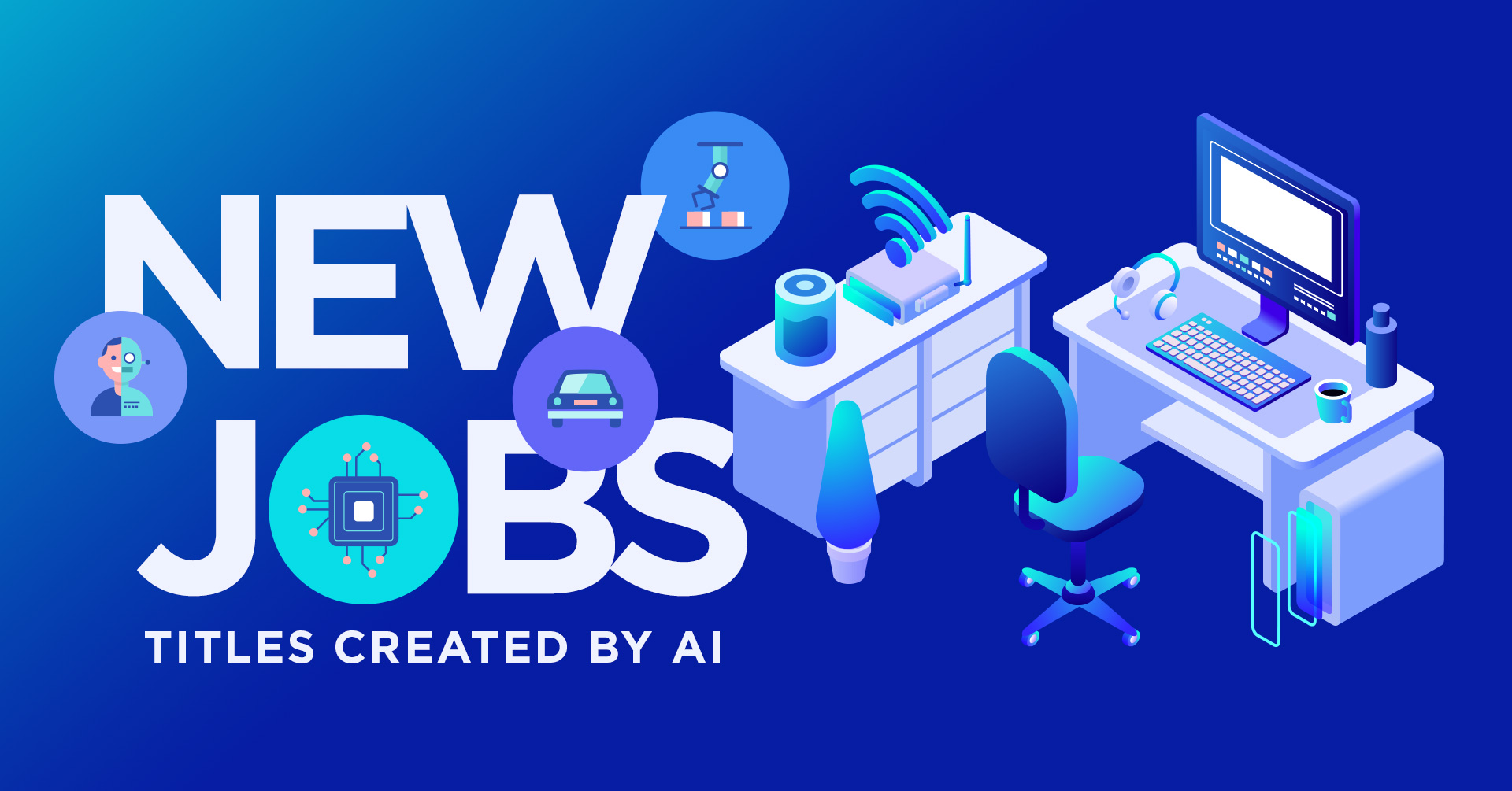 If NASA’s recruitment for a planetary protection officer teaches us anything, it’s that interesting job titles are a sign of the times. We are just beginning to feel the impact of automation and artificial intelligence in the workplace, and we can expect that impact to grow as AI matures. Instead of being a job taker as many suspected, it’s shaping up to be a job creator.

The rise of automation and AI will create 10,000 jobs this year alone, according to a study by Paysa, a career and hiring data firm. In the U.S., employers will spend more than $650 million on annual salaries to fill these critical roles. As you may guess, notable leaders in tech will be the top spenders, with Amazon in the lead, followed by Google and Microsoft.

Many of today’s job titles didn’t exist two years or, in some cases, six months ago. Ten years ago, a mobile applications developer role didn’t exist. Now, it’s part of a promising career path with an average annual salary above $80,000. In the last decade alone, data scientist has joined the ranks of the most in-demand roles. IBM predicts that by 2020, the number of job openings for data professionals will jump from 364,000 to over 2.7 million.

As more companies adopt AI to improve products, service and profitability, here are a few job titles we’re starting to see across the industry:

Natural language processing (NLP) is an important requirement for many AI systems. It’s the same technology that powers Apple’s Siri, Amazon’s Alexa, and Facebook’s M. But language can be problematic when you attempt to use machines to understand it. For example, if you say you want to meet at 2, it’s important to know that you mean 2 p.m. and not 2 a.m. An NLP engine needs to learn the difference, and that requires large volumes of categorized data. Human expertise is required to create those training datasets.

When an application or system that uses NLP misinterprets a message, AI trainers track and make adjustments, essentially teaching the system how to think like a human. Human feedback is gathered into a massive collection of training datasets to improve the performance of applications and systems prevent the same mistake from happening again.

The demand for machine learning skills already has surpassed the supply, according to job-search engine Indeed. Machine learning engineers are at the cross-section of data science and computer science. Amazon is on a mission to infuse machine learning into all of its products and is one of the biggest recruiters for the position. To be an AWS machine learning engineer, a wide array of technology skills are required. Related job descriptions often require candidates to be proficient with multiple programming languages, neural network (AI) types, and deep learning libraries.

An interaction designer’s role is much like that of a user experience (UX) designer, but it’s specifically for AI applications. AI interaction designers humanize their autonomous personal assistants. One of their core responsibilities is to analyze and adjust human and AI exchanges to make the technology more conversational and natural. AI-powered startups like People.ai, which offers predictive sales management, are using interaction designers to improve their products and services.

While they don’t have consistent job titles, skilled data workers are needed to turn unstructured data into structured data. For example, autonomous driving requires machines to understand the difference between a street sign and a truck. More and more, workers are needed to gather, categorize, and prepare data for companies to create products and services that deliver higher speed and profitability.

It is easier to identify the jobs that will be replaced by machines than it is to imagine the jobs that AI will create, and we can expect job titles to change quickly over time. As technology evolves, we will see even more job titles that align with AI.