The Ugly Truth About Data Science

A few years ago, Harvard Business Review declared “Data Scientist” as the sexiest career of the 21st century. Today, data science is in high demand. Glassdoor named it the “best job of 2016,” and LinkedIn has listed data analysis and mining as the second most in-demand skill of 2017. Companies are in fierce competition for skilled data professionals, and in many countries, demand is simply outpacing supply. 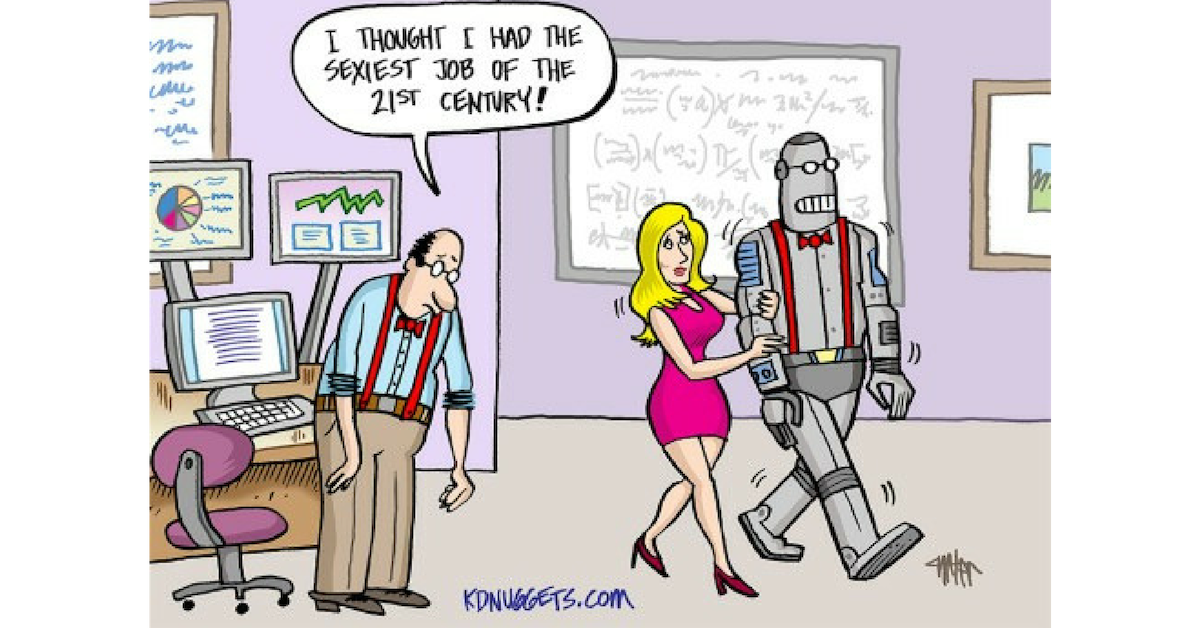 According to a McKinsey study, by 2018 the demand in the United States will be 50 to 60 percent greater than supply. That translates to an estimated shortage of 140,000 to 190,000 data professionals and 1.5 million managers and analysts.

Why Is Data Science So Hot?

Big data has revolutionized every industry, from manufacturing and healthcare to marketing and even sports. In recent years, companies in every industry have adopted data science. At the same time, it has helped to improve artificial intelligence (AI) and machine learning (ML) technologies.

A recent analysis by Gartner predicted that AI and ML are the primary driving forces behind technological innovation 2017. Since big data is the fuel that powers these emerging technologies, the demand for data scientists will continue growing rapidly.

With a median income of $104,000 a year, data scientists are some of the highest paid and most sought-after positions at the moment. However, the ‘sexiest’ profession of the century has an unglamorous side.

As with all careers, and most things in life perhaps, there is a far less glamorous side to data science. It’s not often that you see selfies of bikini-clad data scientists lounging on the beach, although that would be pretty great. Statistics suggest you’re more likely to see these incredibly smart folks hunched over a computer preparing large data sets to train machine learning algorithms. A recent survey found that data scientists spend 60% of their time on cleaning up data, while another 19% is dedicated to collecting and managing data sets.

In other words, data collection and preparation takes close to 80% of their time! Yet, according to the same survey, 76% of data scientists say it is the least enjoyable part of their job.

ML algorithms are only as good as the data that feeds them, so data preparation is a critical function needed to properly annotate, categorize, and identify patterns that make algorithms smarter. But, there's nothing sexy about it. The process is extremely time-consuming and tedious. The ugly truth is that data scientists spend the majority of their time doing something that they simply don’t enjoy. That’s time that could be focused on innovating technology that could change the world, but, it doesn’t have to be this way.

How to Bring the Sexy Back

The current process of data preparation is not only painstaking but leaves companies susceptible to errors. Even when information is pulled from the best sources, it is often fraught with typos, mistakes, holes and other errors that require extensive cleaning.

A large amount of high-quality data needs to be collected, prepared and analyzed before it can be used in meaningful ways. It is only after data preparation that data scientists can transform the information into actions and algorithms. Yet, the current model is designed so that very little time is spent on the function that produces the most results.

This model of data science puts a chokehold on innovation by consuming valuable time and resources. Luckily, it's not necessary to do this work yourself. CloudFactory has made it incredibly easy for businesses to offload data preparation for training machine learning algorithms and other data-intensive processes, so that data scientists are free to do what they do best...innovate. We specialize in preparing and organizing data sets and work with companies like Microsoft to implement them into building innovative AI, ML and other complex technologies. Learn more about how CloudFactory can help power your data science projects here.