The Age of AI: Peril & Possibility, According to Today's Tech Leaders

Everyday wild tales are told about the implications of AI. It seems everyone has an opinion, and more questions are raised than answered. Will we be forced, one day, to swear fealty to our robot overlords? Is the hype completely overblown? Or, is the truth somewhere in the middle? Probably. After all, equivocation is the safest space for amateur prognosticators, knowing full well it provides nothing in the way of clarity.

While VC dollars flood the AI space and hype consumes the narrative, some of sharpest minds on the forefront of science, economics and innovation are offering thoughtful consideration of AI and its implications on work and life as we know it.

Let’s see what they have to say...

Famed physicist Stephen Hawking believes that there are two paths that AI could take--one that betters humankind and another that destroys it. At Leverhulme Centre for the Future of Intelligence (LCFI) at Cambridge University, Hawking said, “The rise of powerful AI will be either the best or the worst thing ever to happen to humanity. We do not know which.”

It isn’t the first time Hawking has predicted an end of humanity scenario. He’s also pointed out the possibility of a brighter future with AI, saying,

“The potential benefits of creating intelligence are huge..We cannot predict what we might achieve when our own minds are amplified by AI. Perhaps with the tools of this new technological revolution, we will be able to undo some of the damage done to the natural world by the last one – industrialization. And surely we will aim to finally eradicate disease and poverty.”

Few tech leaders have been more vocal about AI than Elon Musk. The SpaceX and Tesla CEO has also expressed concern over super AI. However, he believes that humans will need to evolve to deal with an automated future--or else become irrelevant. In one interview, he predicted that, "There will be fewer and fewer jobs that a robot cannot do better.”

In order to adjust to this automated future, Musk suggests a universal basic income. He also predicted a cyborg-like world where machine and humans merge together.

"Over time I think we will probably see a closer merger of biological intelligence and digital intelligence... Some high bandwidth interface to the brain will be something that helps achieve a symbiosis between human and machine intelligence and maybe solves the control problem and the usefulness problem.”

The Facebook founder and CEO has a slightly more optimistic view of artificial intelligence. Although he believes that computers will soon surpass humans when it comes to the basic functions, it doesn’t necessarily mean they will be better than us. In an earnings call, he explained, “The basic human senses like seeing, hearing, language, core things that we do. I think it's possible to get to the point in the next five to 10 years where we have computer systems that are better than people at each of those things."

“Artificial intelligence may seem like something out of science fiction, but most of us already use tools and services every day that rely on AI...More sophisticated AI systems can already diagnose diseases, drive cars and search the skies for planets better than people. This is why AI is such an exciting field -- it opens up so many new possibilities for enhancing humanity's capabilities.”

He also has a different view than other tech leaders, and finds fear of AI taking over more on the “hysterical” side. In a Business Insider interview, he explained, “There are many machines throughout history that were built to do something better than a human can. I think this is an area where people overestimate what is possible with AI.”

Amazon founder Jeff Bezos recently revealed the company’s future plans for AI, and some of his own predictions. In a letter to shareholders, Bezos outlined a three-pronged approach for Amazon and AI--visible products and moonshots, core operations, and enterprise cloud.

He sees AI as more of a behind-the-scenes helper, for now, writing,

“Much of what we do with machine learning happens beneath the surface. Machine learning drives our algorithms for demand forecasting, product search ranking, product and deals recommendations, merchandising placements, fraud detection, translations, and much more. Though less visible, much of the impact of machine learning will be of this type -- quietly but meaningfully improving core operations.”

The Microsoft founder shares similar concerns on AI as Musk and Hawking.

"First the machines will do a lot of jobs for us and not be super intelligent. That should be positive if we manage it well. A few decades after that though the intelligence is strong enough to be a concern.”

He recently called for a tax on companies that replace humans with robots, saying, “If a robot comes in to do the same thing, you’d think that we’d tax the robot at a similar level.” It also may alter the image of robots taking over jobs. He explained, “It is really bad if people overall have more fear about what innovation is going to do than they have enthusiasm.”

Gates may believe that we should proceed with caution when it comes to AI, but that doesn’t mean he isn’t excited. While speaking at Columbia University, he said that if he were to drop out of college today, it would be to pursue a career in artificial intelligence.

Interestingly, Microsoft is one of the companies leading in the development of AI technologies. They leverage WorkStreams to shape the data sets and algorithms used in some of their AI initiatives. The current CEO Satya Nadella has called AI the “ultimate breakthrough” in technology, but clarified that, "We should not claim that artificial general intelligence is just around the corner."

Most predictions view AI as a tool that has huge potential to be used for good, but also has potential for less desirable outcomes like rampant joblessness, an eroding tax base or...the end of humanity. Like any tool, it is ultimately the people wielding it that will decide it’s fate. How leaders predict AI will transform the future may differ slightly from person to person. However, there are three main themes that everyone seems to agree on:

Fortunately, many companies at the forefront of AI are taking steps to shape a more ethical future. Last year, Amazon, DeepMind/Google, Facebook, IBM, and Microsoft announced a Partnership on Artificial Intelligence to Benefit People and Society (Partnership on AI).

Hawking and Musk endorsed the Asilomar AI Principles, a set of 23 principles that are designed to ensure that AI technologies are created and used to better the world.

As for CloudFactory, ours remains an optimistic view of the role of technology writ large for humanity. We amplify our own human potential exponentially by utilizing the power of AI and real-time data to provide the best possible quality and throughput for our customers. After all, they rely on us as a crucial partner in powering their software and training the next generation of AI algorithms. 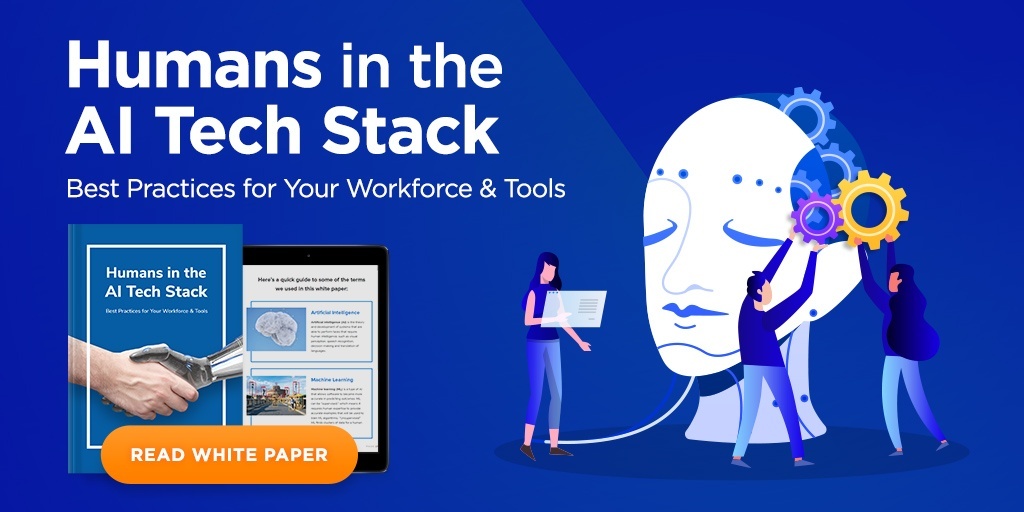